We are debating like creazy about post-truth democracy. But we should put it in perspective. Before post-truth politics there wasn’t any “politics of truth”: lies have been the raw material of the political fabric for a lot of time (see a really great survey by the Economist).

And yet there is an impression of a sort of accelerating pace for the lying side of politics. Some are trying to explain it by looking into the dynamics of social networks. Others are more convinced that the origin must be in the changing structure of Western societies. But these analytical directions are not helping understand why lies seem to have been the most effective weapon that has been used for winning the most important referendum and the biggest election of 2016. It should be noted that all these questions are not about the fact that lies have won elections: the are all about the idea that lies have won elections, which is very much debated in both the losing camps in England and in America. By the way, we are not mentioning the United Kingdom and the United States because the term “united” doesn’t seem to apply very much at the moment to those countries.

If we focus on the question about why lies seem to be so much effective at present – again we underline the “seem to be” part of the wording – we should take a look at what kind of battle lies are able to fight and win. Lies are not effective weapons if they are used in battles where the goal is to convince people with false facts: lies lose that kind of battle when they are discovered as such after having been believed as being the truth instead. But lies are not used with that kind of goal anymore. There are battles in which lies are not used to convince people about a false truth, but they are used just to raise attention, exaggerating an idea just like satirical actors do, in order to fight an ideological battle agains some different kind of lying: for example hypocrisy. If for instance you want to fight the hypocrisy of a rich and powerful group of people that talks in a very respectful way about minorities and the poor while at the same time enjoying a magnificent and exclusive way of life, not doing very much for the unfortunate; if you want to fight against that hypocrisy then you can fight agains the so called “politically correct” language. Is “politically correctness” true respect for minorities or is it hypocrisy? If you are a white man and if you feel menaced by the set of minorities that all together seem to be becoming a new kind of majority than you are allowed to be thinking that all white men who talk “politically correct” are lying. The new lying of a politician that clearly fights for worried white men – in that context – appears to be less important than fighting the dangerous hypocrisy of the “politically corrects”.

The same mechanism can be replicated for different kinds of conflicts. The echo-chamber effect that social network are enhancing helps. In an echo-chamber the discovery of truth is only admitted if it discovers the truth that the echo-chamber likes: all other truth is neglected, says for example Walter Quattrociocchi. We will discuss about his book tomorrow at the Science Museum in Milan, at 6:30 pm.

Democracy is not just about voting. It is much more about informed citizens voting. If citizens are not well informed, then they are manipulated. And their voting is not the free expression of the popular will. It is the action of a disguised form of authoritarian regime that controls part of the population. In such a regime, people don’t see things the same way, in fact they are really convinced they live in different realities: their enemies are lying to everybody else and they are the only people that know the true truth. Regaining the ability to live in the same reality as everybody else – and then divide in terms of what to do to make it better – is the task of journalism: but journalism need to stop looking at the world as it was and start rebuild itself for the world as will be. 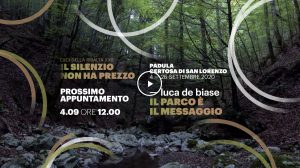