Home » Approfondimenti » Bill of rights » Hatred and other traps 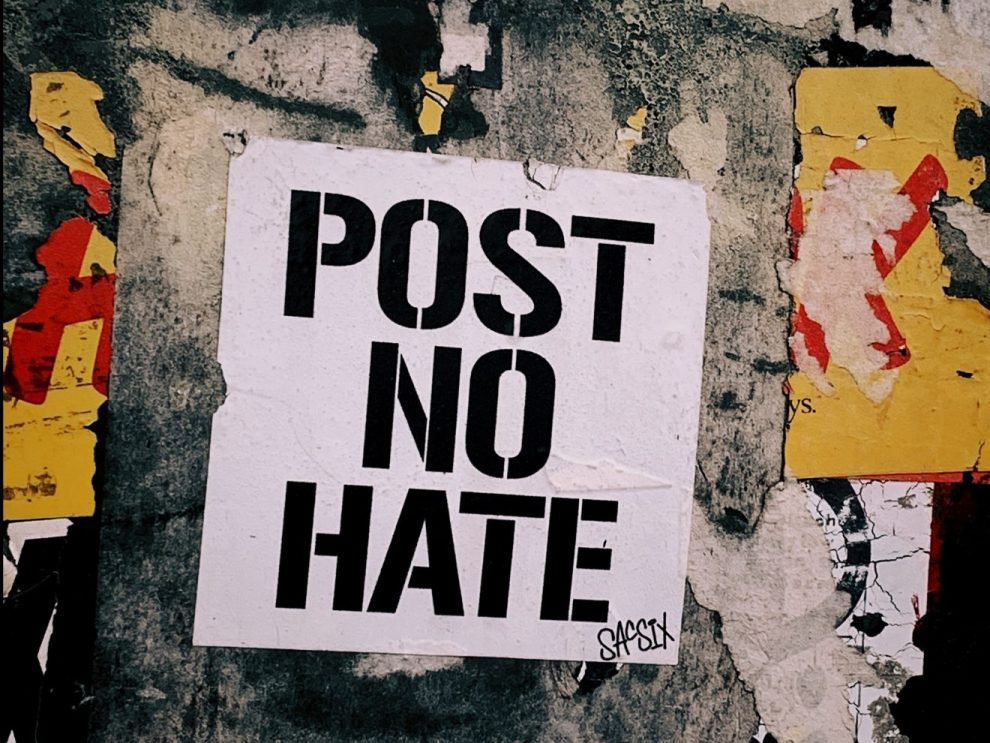 In short: everyone has the right to hate whoever they want. And to lie. And to cultivate racist feelings. Those who behave this way, most likely, do so because they feel a malaise. Sometimes they overturn their malaise towards others. Is that it? So much for the debate about hate online? Well, yes, almost. In the ecology of digital media, there are broad incentives to use the weaknesses of others to achieve commercial and political goals of all kinds. The instrumentalisation of hatred is clearly one of the most effective forms of propaganda. Its consequences can be disruptive. The problem is certainly more cultural than normative: laws to contain the possible criminal consequences of these phenomena already exist to a large extent. Reflecting on these things is necessary. Wondering whether something can be done that makes sense is a completely understandable need. Finding answers is far from obvious.

Hate, fake news, trivializations, generalizations that make every grass a bundle and prelude to every racism, loss of sense of proportion, fear, bullying, intimidation, propaganda instead of information, and so on. It is spoken of every day in every historical passage that generates an endemic condition of social violence. It was talked about after the First World War, until the advent of fascism. It was talked about when racism emerged in all its horrible power in a seemingly peaceful country like Italy preparing for the Second World War. It was talked about in the 1970s, a decade of terrorism which Italians still call “the years of lead” because of the number of political murders and bombs that made the social fabric almost crack. And it is talked about today: the forms of violence today are horrendous when they involve terrorism, but seem a bit anguishedly ridiculous when they are carried out by the “villains” of Western politics. Which does not reduce the importance of studying what is happening: democracies are delicate mechanisms, and they also live on mutual respect between citizens. If this fails, something important can be demolished every day, to the point of opening the way to less ridiculous and much more distressing behaviour.

At this stage, when many Europeans who fear losing democracy have certainly not lost it, it is worth the effort to understand the phenomenon of endemic violence that permeates the debate and to debate the ways in which non-violence can be asserted.

So first of all: what do we talk about when we talk about “hatred on the net”? On the one hand, hatred is the consequence of a malaise and as such should be pitied, in order to address the causes of the suffering that generates it. On the other hand, it can be an emotional condition among others that the masters of propaganda can use to spread their demands: hatred can be rationally induced and exploited to hack into the democratic system.

Can something be done, many people are asking, from the European Commission to the Italian Government? It is clearer what cannot be done. It is quite clear that hate cannot be prevented by law. It is quite clear that propaganda is part of the democratic game. And it is equally clear that digital media can be used to achieve with particular effectiveness a form of propaganda based on conceptual violence, in which there is not only hatred, but also fake news, trivialisations, generalisations that make every grass a bundle and prelude to all racism, loss of a sense of proportion, fear, bullying, indimidation, propaganda instead of information, and so on.

ReImagine Europa deals with all this with a scientifically attentive approach, thanks to the guidance of Manuel Castells. And following its activities can be interesting: Democracy in a digital society.

How is it possible that you spend so much time on an issue on which there is little to do, from a legislative point of view? Probably because the changes taking place are so radical, on the surface, that we need a better understanding of the situation.

But what is different, in fact, from the past?

I was born 11 years after the war ended. Italy had just recovered and started its “economic miracle”. Grenade marks were still visible on the walls of many buildings and unexploded bombs were still dangerously hidden among the rubble left here and there by the conflict. Among the reasons for the war of the Italian aggressors, racism remained even longer than the unexploded bombs, among the cultural sediments of the country. After all, fascism sank into society after having been defeated also thanks to the resistance, but it did not have its Nuremberg. The violence of the war, in Western Europe, still manifested itself, from the Balkans to Cyprus and Ukraine, but it no longer involved most of the territory, thanks to the Europeanist project. So the Western Europeans who had taught the planet how to massacre each other, after 1945, stopped doing it among themselves, even though they participated in the endless war imposed by the American “pax”. Violence is part of history. And violence is part of many different dimensions of social reality: blind and self-referential power, political or financial; deception and disinformation that manipulates consciences and exploits ignorance; fear and hatred. My father was condemned to death by the fascists. But luckily he got away with it.

For my part, I went through the “years of lead”. Today we know, or we think we know more or less, that it was a secondary aspect – but not a small account – of the Cold War. The wild and innovative beauty of the musical revolutions and social costumes innovations of the 1960s was channelled into the violent confrontation between politically heterodox extremisms in the following decade. In that glimpse of the Cold War, precisely, in border “colonies” such as Italy, horrible violence took place between the local factions that the hegemonic powers could instrumentalize for their purposes of controlling the territory, with the help of the local secret services and other camarillas. Little could be understood of that general picture by the young people who, like me, dedicated themselves to the non-violence of Mahatma Gandhi and to the ecological awareness suggested by the “Limits of Development”. We were people out of context who found a very limited following. During the 1970s, ecology and non-violence were minority sensitivities, to say the least. Every day, however, the majorities suffered small and large violence, subtle and open intimidation. Freedom of expression was a luxury for the most courageous, while the fearful were lost in conformism, that is, in silence or in the sheepish acceptance of one of the various sectarianisms of the time. Football cheers were mixed with political violence. Certain university lodgings and certain factories became stores of bars and weapons. The weight of the massacres became unbearable. The dripping of the attacks became almost daily suffering. The crimes were committed by people who lived in hiding who were helped surviving by an incredibly widespread networks of connivants. The cold calculation of those who instrumentalized all this translated into a daily direction, historically destined to a defeat that only some could foresee in that apparently unquenchable social fire. Hate was a danger to the flesh of the adversaries and to the freedom of the people who did not take part in the violence.

That period is also over. The dematerialization of violence went hand in hand with many other forms of mediatization that Italians witnessed in the 1980s and 1990s characterized by the consumerist financialization built with television; and in the 2000s with the digitization with advertising drive.

It was soon realized that even in the digital context, hatred lent itself to being an instrument of the manipulation of consciences that served to power. In 2006 it was written about, on this blog and elsewhere (From Paris: Hatred on the Net). The late Antonio Roversi was researching hate sites long before they became the subject of government study groups (such as the one in which I have just been asked to partecipate: Working Group on the phenomenon of online hatred). And this blog reported about that. Roversi’s analysis referred to football hate sites, religious hate, racist hate. The morphology and dynamics were fearfully similar. Even then, the contents were already sickening. And even then it was clearly understood that the only way out was culture, awareness, the creation of greater and more beautiful human opportunities. (See also: Watch the loop!).

There are few certainties in the face of hatred. We know, for example, that hate cannot be banned by law. Hate is not an object on which one can legislate. It must be admitted that most human actions that are somehow connected – or consequent – to hatred and that deserve legal intervention have already been regulated. On the other hand, many people observe how digital media serve as a means of exploiting hatred, fear and other exploitable passions, amplifying their consequences. But this does not seem to be a problem of missing laws. It is certainly a problem of intelligence to be developed. And if it serves to understand something more, the working group set up by the government is welcome. If you can better define the problem as a whole. Otherwise, you will have lost a little more time.

Emerging strategies must not lend themselves to disproving the quality of democracy they seek to safeguard. Perhaps the tactical forms of exploitation and amplification of hatred in terms of power can be contained, as it is done with viruses? Perhaps, although it is very unclear how this can be done. The only strategy that can serve to counterbalance hatred in the long run is to develop something worth loving.

See (titles are translated, books are in Italian):

Photo by Jon Tyson on Unsplash 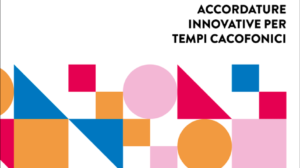 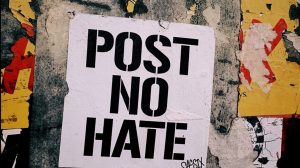 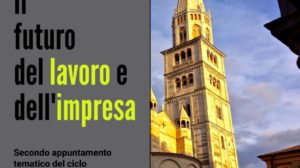