Smartphones, led by iPhone, have become an essential part of our lives. People use them to store an incredible amount of personal information, from our private conversations to our photos, our music, our notes, our calendars and contacts, our financial information and health data, even where we have been and where we are going.

All that information needs to be protected from hackers and criminals who want to access it, steal it, and use it without our knowledge or permission. Customers expect Apple and other technology companies to do everything in our power to protect their personal information, and at Apple we are deeply committed to safeguarding their data.

Compromising the security of our personal information can ultimately put our personal safety at risk. That is why encryption has become so important to all of us.(…)

Opposing this order is not something we take lightly. We feel we must speak up in the face of what we see as an overreach by the U.S. government.

We are challenging the FBI’s demands with the deepest respect for American democracy and a love of our country. We believe it would be in the best interest of everyone to step back and consider the implications.

While we believe the FBI’s intentions are good, it would be wrong for the government to force us to build a backdoor into our products. And ultimately, we fear that this demand would undermine the very freedoms and liberty our government is meant to protect.

The Electronic Frontier Foundation, a nonprofit organization that defends digital rights, said it was siding with Apple.

“The government is asking Apple to create a master key so that it can open a single phone,” it said Tuesday evening. “And once that master key is created, we’re certain that our government will ask for it again and again, for other phones, and turn this power against any software or device that has the audacity to offer strong security.”

WashPost: Tim Cook: U.S. government wants ‘something we consider too dangerous to create’

Hours after a federal judge ordered Apple to help the FBI unlock the iPhone used by one of the shooters who carried out the Dec. 2 terrorist attacks in San Bernardino, Calif., the technology giant’s chief executive declared that he would fight the government’s “unprecedented” demands.

Mashable: Tim Cook: Building a backdoor into the iPhone is ‘too dangerous’

Apple has opposed government requests to crack open or build a backdoor into an iPhone before. In October 2015, the company told a U.S. judge it cannot unlock a password-protected iPhone even if asked to do so by the authorities. And in September 2014, Cook posted another open letter to customers, claiming the company has “never worked with any government agency from any country to create a backdoor in any of our products or services.”

Dan Guido: Apple can comply with the FBI court order

Earlier today, a federal judge ordered Apple to comply with the FBI’s request for technical assistance in the recovery of the San Bernadino gunmen’s iPhone 5C. Since then, many have argued whether these requests from the FBI are technically feasible given the support for strong encryption on iOS devices. Based on my initial reading of the request and my knowledge of the iOS platform, I believe all of the FBI’s requests are technically feasible.

BusinessInsider: ‘Who do they think they are?’: Donald Trump blasts Apple for not unlocking San Bernardino shooter’s phone

Real-estate mogul Donald Trump criticized Apple on Wednesday for denying a government request to hack into the cellphone of one of the San Bernardino shooters.

“To think that Apple won’t allow us to get into her cellphone? Who do they think they are? No, we have to open it,” Trump said during an interview on “Fox & Friends.”

In a sweeping victory for privacy rights in the digital age, the Supreme Court on Wednesday unanimously ruled that the police need warrants to search the cellphones of people they arrest.(…)

Chief Justice John G. Roberts Jr., writing for the court, was keenly alert to the central role that cellphones play in contemporary life. They are, he said, “such a pervasive and insistent part of daily life that the proverbial visitor from Mars might conclude they were an important feature of human anatomy.” 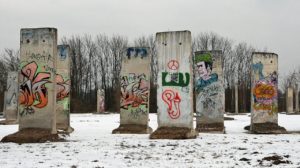 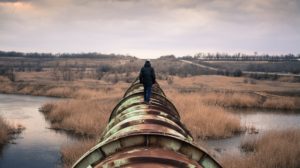