Home » english (sort of) » How to explain a foreign audience why, as usual, the Italian situation is tragic but it’s not serious

In less than an hour, I will be speaking in Vienna, at the World Editors Forum. They asked me to tell a story about how newspapers should improve, particularly on paper. All right. That’s the trap. How can I get out of it?

The Italian situation, as usual, is tragic but it is not serious.

It is not serious because we seem unable to have any serious debate at the political level about ourselves, the way we manage our public finances, the way we organize. And because we have a weird kind of government.

It is tragic also because the problem is not only in the political class. Italians that are considered functionally illiterate are around one third of the population. We used to sell 6 million print newspapers at the beginning of the new millennium – which is not much for a 60 million population – but now we sell less than 5 million.

Italians that want to know better what’s happening are many. The main television channels are not generally covering facts like the trials that convinced the Economist to write about the prime minister that he is “unfit” to run Italy. So there was a market for a newspaper that covered that in a very detailed way. And Il Fatto is a newspaper on paper that has been a huge success because it printed a lot of those facts. Is the recipe a sort of “back to basic” recipe? Even Il Sole 24 Ore seems to be back to a batter circulation because it went back to its basic role of financial newspaper after having tryed to be more generalistic.

These are good signs. But the real strategy is not going to be a “back to basic” recipe.

Newpapers on paper are using a very rich and expensive display. They are part of the ecosystem. Any single story can be found in different formats and media. Paper’s strenght is in its being limited and beautiful. But it will win only by having a fertile relationship with digital, web and tablet to say the least. It will always be a complex contest to work in. And the only way out is not “back to basic”: the way out is “ahead to basic”.

(Sorry I cut here these notes, but I need to rush to the venue…)

update: here is what the official wef blog has written… 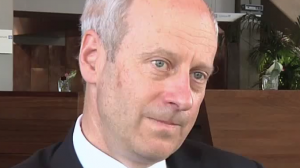 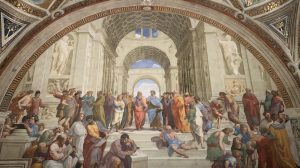