Home » english (sort of) » Twitter and the Italian political élite

Twitter is booming in the Italian élite milieu. Politicians, journalists, men of the church, writers, are joining the conversation. And newspapers are busy covering what the all lot says online, in a way that starts to seem quite awsome. In the meantime, Facebook stays very much more popular.

Facebook has been the evolution of the Internet ability to actively involve everybody in the mediasphere, in a time in which the passive relationship with television had stopped to be sustainable for those “formerly known as the audience”. But Facebook is not much about “pages”, it still is much more about “friends”. The maximum number of friends that one can have on Facebook – 5000 – maintains an horizontal approach to the mediasphere. Thus, Facebook is absolutely huge for everybody normal, but it is not exactly perfect for those who are accustomed to being protagonist in the old media context.

Twitter, which is much more flexible, is understood by the élite as a new broadcasting medium, with a flavour of – non mandatory – interactivity. Some Italian politicians participate in the conversation. Some let users ask questions, deciding to whom they will answer. Some use Twitter as a personal news agency. Some say “wow” and other words on Twitter that they would never use while speaking. Some just don’t get the tool and use it anyway.

But the thing is that – via Twitter – they entered the newsmaking industry and they did it by letting down the media middle man altogether. And journalists react by being on Twitter as well. Curation becomes a much more fashionable journalistic genre.

So as it happens, politicians are starting to intervene a lot on Twitter. But how do they cope with the 140 characters limit? They are hardly concise speakers. And many between them tend to grab any microphone they can find and go ahead speaking as long as they can?

The big intellectual attraction in the 140 characters of Twitter can be found in a special domain of the media industry: the production of headlines. Headlines are a subset of the news that lives in a sort of parallel universe. You can seldom find people that have been interviewed by a newspaper and have not complained about the headlines. To this kind of people, Twitter can be a revenge: it can be a medium to broadcast the kind of headlines that they would like to see in newspapers. As a matter of fact, they are succeeding. 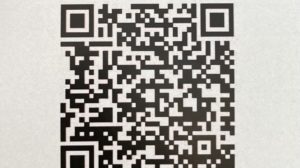 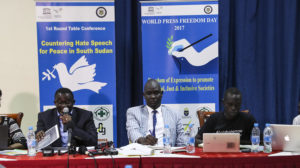