Home » english (sort of) » Who rules the internet economy rules

There used to be a book, by Kevin Kelly, called New Rules for the New Economy. It was a long time ago. Since then, the very notion of “new economy” has been overcome by the notion of “financial bubble”, during the crazy years 1998-2000. (Not so crazy, though, looking at what happened next). However, some novelty, in the rules of the economy, have emerged.

I’ve been thinking about that yesterday.

They had invited me to speak at a meeting and they were so kind to pay for the airplane ticket. It was a Ryanair flight from Rome to Frankfurt. Ryanair is a low cost company and the ticket was worth 70 euro. I still have little idea about how they can offer such low rates, but I’m sure that it is related also to the very efficient way they are able to use the internet. I had not been flying Ryanair since some years ago. I went to the airport. And I found out that the rules had quite substantially changed. You are now supposed to check-in online before going to the airport and to print a copy of the check-in form and to bring the printed copy with you to the airport. If you don’t do that you have to pay an extra 60 euro. Ryanair writes the rules. And they are strict. And you have to pay. It is not the law, but it is the rule. And Ryanair writes the rules.

Facebook writes the rules on its platform for all users: privacy rules and sharing rules are embedded in the platform’s code and web pages. Apple writes the rules for all developers that want to sell an app on its platform (and by the way, right now, Apple is changing those rules on privacy concerns, reports InformationWeek). Microsoft has always ruled a lot of people and Google is learning to do the same. There are contracts: but they are not something that users can discuss with the platform. They are one-way contracts. They are rules.

In fact, successful platforms rule and when users adopt, they also obey. Which has a lot of social and economic consequences. If you live online – at least for some time – you deal with such rules that are related to the way platforms are designed to organize us. And those rules are changed unilaterally. But they give back something valuable. In the internet economy, platforms usually allow users to do things that were too expensive to be done in a different technological scenario. Some platforms allow users to find knowledge that was too expensive to look for before. Some platforms allow people to travel to places that were previously too expensive to reach. But to do this, platforms need to rule their users. Because it is by having a lot of users at work for them that they can invest in new technologies and they can make profits to pay for the capital.

On the internet, companies rule because they code.

Users’s freedom is elsewhere. At the end of the day, the value that users get is non monetary. And no platform can rule this. It is users who make it happen. But I need to think more about this, I guess. 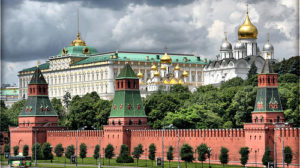 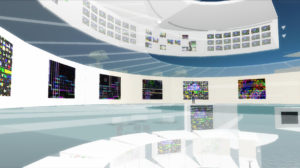